Can COVID-19 wipe out the human race 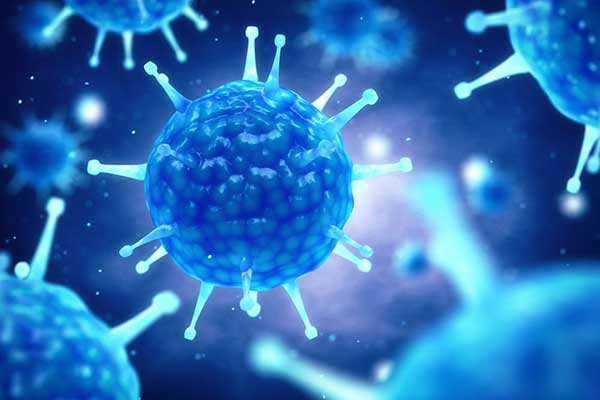 Nowadays the world is at battle to combat a virus called Coronavirus Disease 2019 or COVID-19. This is infectious disease caused by severe acute respiratory syndrome coronavirus 2 (SARS-CoV-2) that belongs to a group called Coronaviridae. The disease was first identified in 2019 in Wuhan, the capital of Hubei province in China and has since spread globally and resulted in the 2019-20 coronavirus pandemic.

Given the lack of reliable information about COVID-19, I am listing well-researched information of what is currently known about this virus and the disease it causes.

What is the origin of the virus?

In nature, bats are the natural reservoir for many such viruses. The virus replicates inside bats and somehow finds its way to other species. When the virus crosses the species barrier and jumps to humans it is called zoonosis. The first transmission to humans is believed to have occurred in Wuhan and then started passing from person to person when an infected person coughed or sneezed. It is said that a single cough can spray around 3,000 droplets that can travel several metres.

How long does it stay active on a surface?

The droplets from a cough stay suspended in the air for up to 10 minutes. If it manages to land on a person’s face or body, it increases chances of direct transmission of the virus through inhalation. If the droplet lands on a surface such as cloth, it remains active for up to three hours. On other surfaces such as plastic or metal, it has been known to remain active for two to three days.

What happens to your body when it is infected?

The virus uses the outer spike proteins that surround its core, which has given it the name corona (crown) to attach to receptors in the epithelial cells of the lungs via Angiotensin Converting Enzyme 2 (ACE2) receptors. The virus then fuses its membrane with the cell’s membrane and releases its RNA into the cell. A study found that the virus is able to enter more in cells that have an acidicnatureas its entry is based on pH-dependent endocytosis.It then takes advantage of the lung’s cellarchitecture to duplicate its RNA and capsid and envelope proteins. Once thousands of new RNA and proteins have been replicated, they are assembled into thousands of new viruses in golgi bodies and endoplasmic reticulum.

What is the incubation period for the virus?

In the beginning, when the virus is replicating,the infected persondoes not exhibit any overt symptoms. The period between first exposure to an infection and appearance of the first symptoms is called the incubation period. In the case of this virus, the incubation period is believed to be four to fourteendaysin which the virus replicates itself and produces thousands of copiesof itself.

What are the symptoms?

The key symptomof the diseases caused by the virus is dry cough with fever and/or difficulty in breathing.

Who is at risk?

Everyone! Who doesn’t care about their health?However, people with chronic heart disease, chronic lung disease, kidney failure, and immuno-suppressed diabetic patients are at greater risk.

Can such a disease wipe out the human race?

No. But it can definitely cause severe damage. However, with each outbreak of such diseasespeople fear the extinction of the human race. Historically, infectious diseaseswere an existential threat to humanity and killed a large number of people.

Nowadays, science fiction has become our reality and we don't even think about it. Some recent breakthroughs will change our lives and how we perceive normalcy. Human beings are evolving even as viruses change their strains.

Changes in genetic coding have an impact on the being that carries it. In the 1990s, in an effort to treat maternal infertility resulted in babies that carried genetic information from three humans, making them the first humans to have three genetic parents. This was impressive but also extremely expensive and complicated. This has now changed with a revolutionary technology called CRISPR (clusters of regularly interspaced short palindromic repeats). The cost has reduced by 99%. In this world, bacteria and viruses have been fighting since the beginning of life. The virus called Bacteriophageshuntsbacteria in the ocean and kills 40% of them every single day. The virus does this by inserting their own genetic material into the bacteria and taking them over for use of its own re-production. The bacteria tries to resist but generally failsas their protection tools are not strong enough.

A scientific revolution started when scientists discovered that the CRISPR system can be programmed. In addition to being precise, cheap, and easy, CRISPR offers the possibility of editing life cells to switch genes on and off. In 2015 scientists used CRISPR to cut HIV virus from living cells of patients in a laboratory. This proved that such interventions were possible. A year later, scientists carried out a large-scale project with rats that had the HIV virus in their cells. By simply injecting CRISPR into the rat’s tails, they were able to remove more than 50% of the virus from cells in their body. The first clinical trial for a CRISPR cancer treatment on human patients was approved in early 2016. A month later, Chinese scientists announced that they would treat lung cancer patients with immune cells modified with CRISPR. With a powerful tool like CRISPR, we may be able to cure thousands of diseases. In 2015 and 2016, Chinese scientists experimented with human embryos and were partially successful in their second attempt. There are enormous challenges in gene editing embryos and scientists are working on resolving them.

Irrespective of your personal view of genetic engineering, this technology will affect you. As the technology evolves and gets more refined, more people may argue that not using genetic engineering is unethical as it condemns people to preventable suffering and death. However, as soon as the first genetically engineered child is born, a door will open that cannot be closed. If you make your offspring immune to Alzheimer's, why not also give them an enhanced metabolism? How about height and muscular structure? Better hair? Why not throw in perfect vision?

As genetic engineering becomes more ‘normal’ and our knowledge improves, we could solve many of our biggest health challenges. Today, we produce many chemicals by genetically engineering life-forms. This includes life-saving clotting proteins/factors, growth hormones and insulin. Earlier, we used to harvest these chemical from the organs of animals.

Recently the Indian Council of Scientific and Industrial Research’s (CSIR) Institute of Genomics and Integrative Biology (IGIB) in New Delhi made a major breakthrough. It developed a CRISPR Cas9-based paper strip test to identify the RNA sequence of novel coronavirus in the samples of suspected persons and deliver result in 20 to 25 minutes. This test costs INR 500while the qRtPCR (quantitative Real time Polymerase Chain Reaction) test that costs INR 4,500 and takes hours to complete.

Mohd Murtaza is a doctoral scholar in the Cytogenetic and Molecular Biology laboratory, Centre of Research for Development at University of Kashmir